Today we are fantasising about what we would wear should we get invited to The Met Gala.  Ahhhh.....sigh.

The Met Gala, formally called the Costume Institute Gala and also known as the Met Ball, is an annual fundraising gala for the benefit of the Metropolitan Museum of Art’s Costume Institute.  It also serves as an opening celebration for the institute's annual fashion exhibit. It is widely regarded as one of the most exclusive social events in New York and one of the biggest fundraising nights of the city with a reported nine million dollars raised in 2013. The affair, attended by personalities from the arts, fashion and entertainment, has been held at the Met since 1971 and is considered to be the fashion industry's premier annual red carpet event.

Anna Wintour Vogue editor-in-chief and chair of the event since 1995, oversees both the benefit committee and the guest list.  Each year the event has a theme, and includes a cocktail hour and a formal dinner. The gathering rivals the West Coast's Vanity Fair Oscar Party, which is said to have more "star power" but less fashion panache. In 2014, the ticket costs $25,000 for each guest.  What the????!!!!

Special mention – Beyonce in Givencny and Sarah Jessia Parker in Oscar De La Renta.  These ladies can do no wrong! 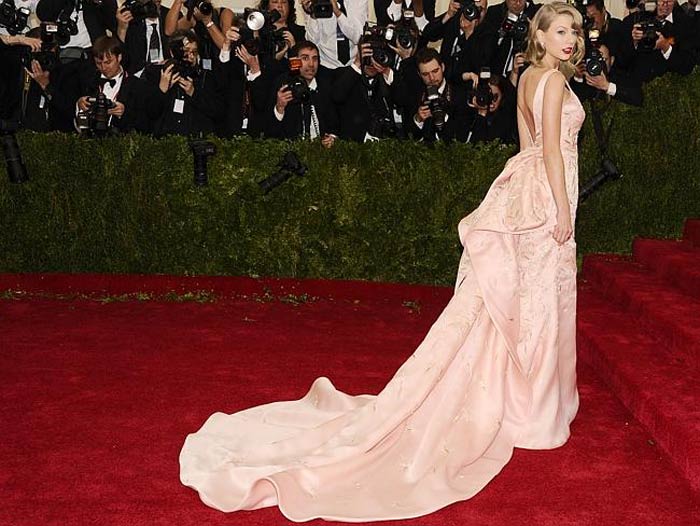